YES! i am the CHANGE (YIAC) is a mindset transformation program inculcating the value of responsible citizenship amongst youth through the impactful medium of films.
Participants of the 101-Hour Social Filmmaking Challenge make 3-minute films on social causes primarily Sustainable Development Goals which form an open repository of invaluable communication resources for the use of Non-Profits.

With participation of over half a million youth across 2500 cities pan-India, YIAC emerged as the World’s Largest Social Film Movement in 2015.

This year, YIAC received an unprecedented response with 1.3 million participants and over 29,500 films.

YES FOUNDATION is the social development arm of YES BANK, India’s fifth largest private sector bank. The Foundation firmly believes in the power of media as a positive force of social transformation thereby catalysing India’s inclusive development. Non-Profits, especially those working at the grassroots are hampered in their ability to create impact and scale due to limited access to modern communication materials and volunteers. The Foundation also identified the tremendous potential for social transformation if the youth of India are engaged positively in nation building activities.

YES FOUNDATION decided to leverage the amplifying nature of media in a journey of ensuring development for all. In 2013, YES FOUNDATION launched its flagship program, YES! i am the CHANGE, which serves as a platform to facilitate a connection between youth and social causes, connecting their untapped energy to voices less heard through the impactful medium of films.

The main objectives of the program are:

Below is an outline of the design and implementation of the program, including phases and key activities:

Through first-hand experience of social issues and experiential learning, youth are sensitised and empowered to take social action.

Post the Filmmaking Challenges, many youth participants started volunteering with Non-Profits or harnessing the power of media to further social causes. The Foundation instituted the CHANGEMAKER Awards which honours and provides grant and mentoring support to the projects of past participants of YIAC who have gone beyond filmmaking, developed innovative solutions and consistently contributed towards social causes.

Students across 3,805 schools and colleges in India were engaged through on-ground activities to bring awareness about pertinent social causes and learn how to use the medium of film to actually document social content, show it to the world and use it to spread awareness. Youth are also sensitised on responsible consumption of media.

Over 34,000 films on Sustainable Development Goals (SDGs) accumulated over four years in a variety of national and regional languages which are available for the free use of Non-Profits. These films are showcased by YES FOUNDATION on various platforms to maximise reach and sensitisation and are used by Non-Profits to further their causes.

In 2016, training was provided to 600 Non-Profit professionals on zero budget filmmaking and how to use the films for advocacy, resource mobilisation and volunteer mobilisation.

YES! i am the CHANGE (YIAC) is a unique and revolutionary initiative that has leveraged filmmaking to inspire and motivate youth to emerge as changemakers for social development. The brilliance of this program also lies in its non-sermonizing, non-patronizing approach to sensitise youth on a variety of social causes and at the same time mobilise and engage the untapped youth energy through the impactful medium of films.

The program efficiently uses filmmaking to bring to centre stage the voices less heard and also bring to light the exceptional work being done by individuals across the country towards tackling social issues which inspire youth to either contribute to the efforts of these everyday community heroes or replicate the initiatives in other regions of the country.

Another pioneering feature is the scale and scope of the program. From a modest beginning of 2100 youth across 64 cities in 2013, the program this year engaged with 1.3 million youth across 2,500 cities and towns pan-India in a short span of four years.

The program also acts as a catalyst for India’s social transformation by bridging gaps in the development sector through creation of high-quality communication resources. The films produced as part of the Filmmaking Challenge are used by Non-Profits for advocacy, resource mobilisation and volunteer mobilisation. 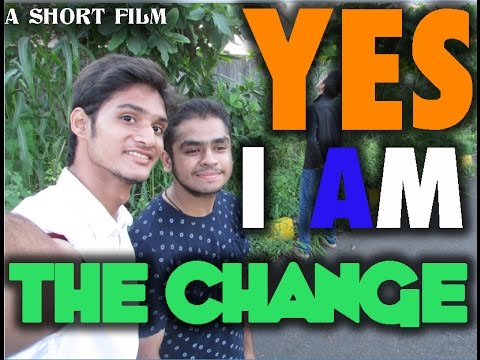 Since a program of this magnitude, using filmmaking for social change has never been executed, there was no predecessor to learn from. Some challenges faced by the Foundation were: